The following article is taken from http://www.runnersworld.co.uk/

It seems more and more clients, especially women are presenting with sports related injuries or complaints ranging from hip pain, knee pain and issues with their feet. When we look a bit closer it may be that hypermobility in some or all of their joints is affecting joint mechanics and may be at the core of their presenting problem. This article explores some of the strategies hypermobile athletes/individuals can take to help prevent musculo-skeletal injuries and prolong their pain-free, injury-free participation in sport and exercise.

Essential guide to hypermobility for runners

Flexibility isn’t the anatomical holy grail you may think it is and too much can increase your risk of injury and hamper your performance. Here’s how to spot the warning signs and take action to keep running strong.

One of the first things you learn as a new runner is that flexibility is crucial. We are constantly being told of the need to stretch regularly and avoid becoming too tight, but just because some flexibility is good for runners, does it follow that more is better? You may pride yourself on being the bendiest in your yoga class, but for as many as one in three runners excessive flexibility – or hypermobility – in key areas can spell trouble for legs, feet and long-distance ambitions, and lead to chronic injury if it’s not addressed. We bent over backwards to find out what exactly it is, how to recognise if it affects you and what you can do about it.

Joint hypermobility is a condition where joints are more flexible than they need to be, meaning they can extend past their required range of movement. It can affect any of the 360 joints in the body or be limited to just a few, such as the knees, ankles or hips. People with the condition are often said to be double-jointed, but you don’t need to be a contortionist to be affected – even being able to lock your knees so they bend back slightly can be a symptom. This excess of flexibility tends to go unnoticed in most people, with the Hypermobility Syndromes Association estimating that 20-30 per cent of us are affected, but throw in the physical impact of running regularly and ramping up your mileage, and problems can begin to surface.

Where your bones meet at a joint, the ends of them are surrounded by a fibrous capsule filled with fluid (responsible for that satisfying/sickening click when you move them a certain way) and held together by ligaments, which stop the joint concerned from dislocating or moving more than it should. The muscles surrounding the joint are attached to your bones with tendons, so you can flex, twist and run. In those affected by hypermobility, the collagen in any of these tissues is of lower quality and tensile strength, meaning they move beyond their ideal range.

So what does that mean for you as a runner? With two to four times your weight passing back up your body with each foot strike, hypermobile joints will be under extreme pressure, with the ground force pushing and pulling muscle fibres more than they can handle. You probably won’t even notice at the time, but in the long run that can spell trouble.

‘A common pattern is a recurring injury over many years or a range of subtle, seemingly unrelated issues,’ says physiotherapist Justine Waloch. ‘These can occur anywhere in the body where strain or movement is excessive over time and healing is not optimal. Other warning symptoms are constantly tired muscles and not being able to keep up with a typical training programme you would normally expect to cope with.’

If your joints are highly supple, the surrounding muscles need to work harder to stabilise them during exercise, leaving those with hypermobility more prone to joint pain and achy muscles after running. ‘If the local muscles [which offer stability, such as those around the knee] aren’t working very well, global muscles [which govern movement, such as the hamstrings] will probably become stiffer because they’re overworking,’ says physiotherapist Jonathan Grayson.

He says hypermobile runners are more likely to have issues with several joints, because the joints themselves are hypermobile or because one weak link causes a chain reaction, pulling other joints out of line. The result? A potential plethora of running injuries stemming from overuse, such as IT band syndrome, plantar fasciitis and patellofemoral pain syndrome (runner’s knee). ‘The places where symptoms may appear are by no means exclusive to hypermobile runners, but they may become more severe and slow to respond to typical treatment programmes,’ says Waloch.

Those with hypermobility also have reduced levels of proprioception (the body’s ability to sense joint movement and position), says Dr Roger Wolman, Consultant in Rheumatology and Sports and Exercise Medicine at the Royal National Orthopaedic Hospital. This can predispose you to poor balance and falls.

However, being hypermobile doesn’t have to mean a lifetime of injury. ‘It doesn’t mean you can’t run, it just means you probably want to work a little bit more on strength, control and proprioception,’ says Sarah Green, a physiotherapist at Six Physio.

For the non-hypermobile among us, there’s no need to stop the stretching, cancel yoga and bin the foam roller for fear of becoming too flexible; you can’t develop the condition. It’s also important to note that being hypermobile doesn’t mean you shouldn’t stretch. A hypermobile person can still get stiff muscles like anyone else, says Grayson, and in that case easing yourself out post-training won’t do any harm as long as it’s not painful. However, you should be careful not to overdo it, because if you are hypermobile, overextending your joints can be damaging. A study published in the Clinical Journal of Sports Medicine found that subjects with knee-joint hypermobility were up to four times more likely to pick up an injury in that area if they overextended the joint. As with many physical traits, hypermobility exists on a spectrum; some runners will experience it in just one or two joints, while others will have it throughout their body. It can also be a symptom of more serious conditions, such as Joint Hypermobility Syndrome (JHS). ’There is a difference between having just some joint hypermobility and having JHS,’ says Waloch. ‘JHS is an inherited disorder of connective tissue, where hypermobile joints occur along with symptoms such as chronic pain, fatigue, digestive problems and low bone density.’ If you’re concerned you may have JHS based on symptoms such as these, see your GP, who will be able to refer you to a rheumatologist.

You can’t cure hypermobility, but you can manage it and minimise your risk of injury by improving your strength and running form. If frequent injuries and delayed healing are a major issue, it’s worth getting checked out. You can give yourself a quick DIY test using the Beighton score can be a good indicator of hypermobility in certain joints. But if you want a definitive answer, go to a registered physiotherapist (search at hcpc-uk.co.uk), who’ll be able to give a more accurate, in-depth diagnosis based on your symptoms and injury history.

If you suspect you’re hypermobile but haven’t so far had any adverse symptoms, at what point should you seek help? ‘If you think you may have hypermobility but are not having any problems at all, there is no essential need to see a physio,’ says Waloch. ‘But there is some risk that you could be developing subtle imbalances that may become a problem, so if averting injuries and delays to your training is important to you, then yes, you could benefit from a preventative assessment and advice programme.’

Warding off potential problems before they sideline you is always a sound idea. ‘There’s no harm in taking preventive action, especially if you’re just starting running,’ says Grayson. ‘I’d advise that for anybody, not just hypermobile people.’ Prehab, as it’s known, will typically involve seeing a sports physiotherapist who’ll carry out an assessment to check where your natural weaknesses are so you can start counteracting them before ramping up your training.

As a general preventive measure, Wolman recommends Pilates, which can help remedy muscle imbalances and improve core stability. You can also help ward off specific injuries and improve your strength using our quick exercise guide.

Another thing to look at is the way you run. Unsurprisingly, the increased joint movement experienced by hypermobile runners commonly leads to overpronation (excessive inward rolling of the foot), which puts additional stress on muscles and has been linked to injuries such as medial tibial stress syndrome (shin splints), plantar fasciitis and runner’s knee. You can help avoid this by having your shoes professionally fitted in a running shop that uses gait analysis, to ensure your shoes suit your running style. ‘You may need orthotics and the patience to adjust to them,’ says Waloch. ‘You also need to be more diligent about not letting your running shoes get too old, and ensure you have two pairs on the go.’

Altering the way your foot lands could make a difference, too. ‘If you heel strike and are having problems, try switching to forefoot striking,’ says Waloch. ‘There’s also a potential benefit from shortening your stride; a muscle can generate its greatest strength in the mid-range, where it’s less likely to fatigue or strain.’

Also, improving proprioception can boost stability, potentially reducing the risk of sprains and falls. Waloch recommends balancing on one leg with your eyes closed. Do it up to three times a day in a safe environment – the top of the stairs is not the place. Try to do 30 seconds with good control, without clenching your toes or locking out your knee. You’ll know your proprioception is improving when you can stand for longer, wobble less and maintain form. The outcomes of exercises like this can be huge; research in Rheumatology International found a ‘significant improvement in proprioception’ in hypermobile subjects who’d undertaken remedial exercises, which led to decreased pain and better physical function.

Having hypermobility doesn’t mean you can’t run. It just means you might have to keep a closer eye on yourself. There is no one-size-fits-all remedy. ‘Take your time to listen to how your body responds and recovers from your training, says Waloch. ‘You may well have to reduce your mileage, take longer rest periods and pay more attention to your warm-up and cool-down.’ In essence, be gentle on yourself, tune into your body and you can still hit your running goals. 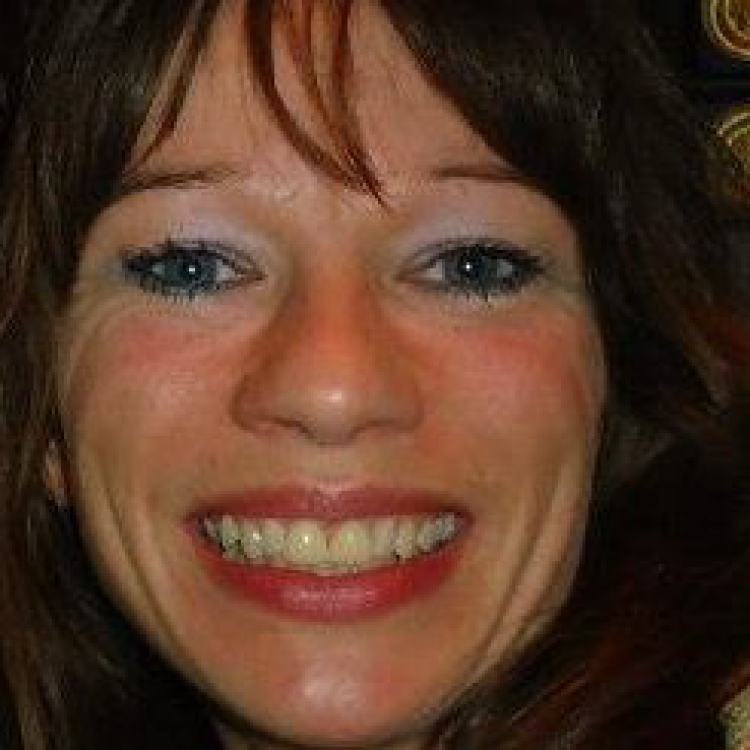 This Girl Can - Sport England Campaign To Empower Women In Sport

What is Trauma Informed Yoga?

Can my brain cure my back pain?

Get Your Exercise In Now To Ward Off Seasonal Colds

Any Amount of Exercise is Better Than None